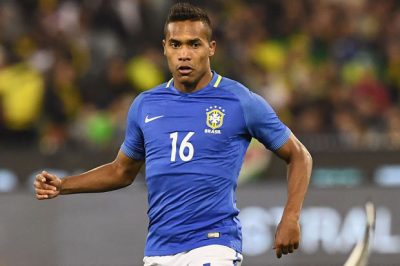 After weeks of speculation, Chelsea is rumored to be really close to securing a transfer deal for Juventus’ Alex Sandro. The 26-year-old Brazilian left-back has been one of Chelsea’s primary targets this summer and the Premier League champions already had a bid rejected by the Serie A champions earlier this month.

Alex Sandro joined Juventus ahead of the 2015/16 season and has been a long coveted target for Antonio Conte, even while he was managing the Turin club. At Chelsea, Antonio Conte has brought immediate success but the Blues need reinforcements all across the field to navigate through UEFA Champions League as well as defend their title this season.

The British print media believes Roman Abramovich has sanctioned £250m worth of transfer spending this season.

Alex Sandro, a premiere left-back, will be crucial to Conte’s preferred 3-4-3 system. Although Marcos Alonso flourished at the ‘left wingback’ position last season and his substitution changed the course of Chelsea’s season, the Brazilian is at yet another level and could strengthen the left fullback/wingback position at Chelsea for years to come.

Marcos Alonso is also adept at playing as a left centre-back in a ‘back three’ and will allow Conte the luxury of rotating his defenders across the system. Cesar Azpilicueta, who was undoubtedly Chelsea’s best defender last season is also adept as playing at right wing-back and provides Antonio Conte with more options.

Alex Sandro joined Juventus for a €26m fee and has been almost flawless in the last couple of seasons. His defensive composure is well complemented by his attacking attributes and should Chelsea manage to sign him, he could form a dangerous combination alongside Eden Hazard on Chelsea’s left flank.

Chelsea are also looking to sign AS Monaco’s young midfield sensation Tiemou Bakayoko, Everton’s Romelu Lukaku and Southampton’s Vigil van Dijk. While Bakayoko looks close to joining with only personal terms left to be agreed upon, the transfers for Lukaku and van Dijk are expected to drag on, as both the English clubs have quotes humongous fees on their star players.