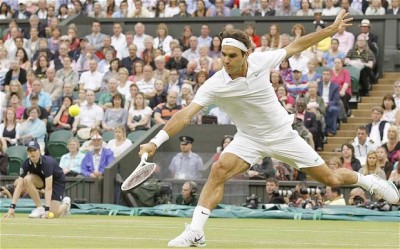 The 2015 Wimbledon Championships has reached the business end with the Men’s Singles and Women’s Singles titles days away from being decided.

Andy Murray and Roger Federer had comprehensive victories over their respective opponents, but the British tennis star is likelier to have the upper hand in their encounter, based on current form.

In the Women’s Singles, tennis fans have an enthralling contest in their hands with Serena Williams and Maria Sharapova coming face to face in the first semi-final. Whoever wins today, will be favourites to be the eventual Champion, as Agnieszka Radawanska meets Garbiñe Muguruza in the other semi-final.

One of the summer’s sporting highlights, the Wimbledon offers extravaganza and entertainment for the tennis lovers. Assisting the tennis punters during this period, will be Bet365, who are Live Streaming action from the courts, and have a host of in-play markets available during the matches. In addition, Bet365 also offers its customers with its very own Tennis Accumulator, which provides players the chance to earn a bonus of up to 50% on accumulators including matches from all the top Tennis tournaments and events. This applies to pre-match accumulators on To Win Match, First Set Winner and Set Betting markets for Singles and Doubles matches.