← Why Are Euro 2016 Favorites Struggling To Score?
Who Will Face Wales In the Euro 2016 Quarter-Finals? → 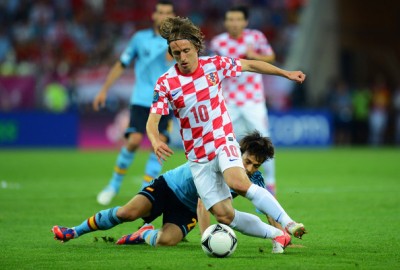 The UEFA Euro 2016 has sprung quite a few surprises in the group stages with the favorites being toppled by the minnows in at least one match in every group. With the knockout stages just around the corner, many a football fan is wondering if an underdog will triumph in this summer’s European Championship.

Ever since the inaugural game when Romania kept France waiting until the 90th minute for a winner, the Euro 2016 has been a sort of revelation for the smaller, lesser accomplished nations.

In spite of Spain, the defending champions, showcasing some of their best performances in the first two matches, Croatia defeated them with relative ease to top Group D. A similar story unfolded in Group B as Wales, participating in a tournament of this stature for the first time in decades, went through as group winners.

Portugal’s three consecutive draws, the last of which was engineered by an exceptional individual performance from Cristiano Ronaldo saw them barely making it through to the knock-outs after they finished third in Group F, which saw Hungary and Iceland finish with five points.

The world champions Germany were not spared either, with Poland giving them a close contest as both nations finished with seven points, Joachim Loew’s side topping Group C due to a superior goal difference.

The fact that Hungary and Wales finished the group stages as top scorers with six goals each is a testimony to the sheer unpredictability of the competition this year. In the knock-out stages, Switzerland face Poland while Croatia takes on Portugal and Wales meets Northern Ireland on 25th June, Saturday.

Poland are the favorites to go through due to the presence of a certain Robert Lewandowski, but both teams will fancy their chances, having not lost any of their last four matches. According to Head-2-Head statistics, Poland have won four and lost only one of their last ten encounters with Switzerland. Both sides have completely healthy squads, but Poland will be without the suspended Bartosz Kapustka.

Croatia and Portugal had contrasting fortunes during the group stages but the Round of 16 is an entirely different ballgame. Portugal have always got the better of the Croatian side, winning all three of their previous encounters. While Portugal is heavily dependent on Cristiano Ronaldo for goals, Croatia is an amalgamation of technically gifted playmakers who can beat the best of the sides on their day.

Wales, with Golden Boot contender Gareth Bale in their ranks, will face Northern Ireland who made it through to the knockouts in spite of having the lowest possession of all the nations. Wales have won 54 and lost 31 of their 112 meetings with Northern Ireland and are expected to progress to the quarter-finals comfortably.