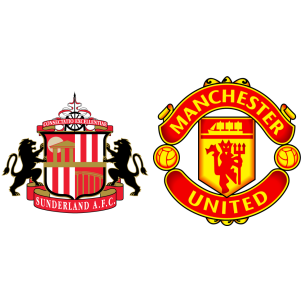 Manchester United are sixth in the Premier League standings with fifty four points while Sunderland are twentieth and all but destined for relegation. The Black Cats have twenty points after thirty matches and are without a win in their previous six league games.

Manchester United managed to secure draws in their last two league outings (against West Bromwich Albion and Everton) and currently trail Arsenal on goal difference only. A win today could help them close the gap on fourth-placed Manchester City.

Paddy McNair, Duncan Watmore, Jan Kirchoff and Steven Pienaar are sidelined through injuries while Adnan Janujaz is ineligible against his parent club. Manchester United will be without the injured Chris Smalling, Phil Jones, Juan Mata, Wayne Rooney and Ashley Young.

“It’s good to know that we have a fantastic run of 20 unbeaten matches in the Premier League. In terms of looking to the future, I prefer to look at 10 matches with 10 draws, you have something that is not easy to have. You are quite solid mentally, difficult to beat, fighting against difficult circumstances.”