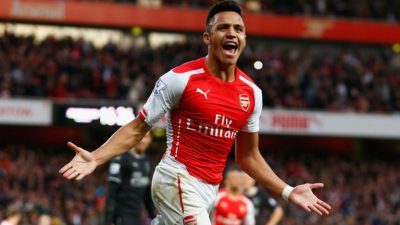 Sunderland vs Arsenal – Sunderland host Arsenal at the Stadium of Light on 29th October, Saturday in an English Premier League fixture.

Sunderland sit at the bottom of the English Premier League standings, having failed to win a single match so far in the season. The Black Cats have two points as they have drawn two and lost seven of their nine matches and look likely to go down into the Championship although it is still early days.

The Gunners were held to a goalless draw by Middlesbrough in their previous match, which has placed Arsene Wenger’s side on second position with twenty points, yet to lose a game since their opening day loss against Liverpool.

Sebastian Larsson, Fabio Borini, Jan Kirchoff, Vito Mannone, Adnan Janujaz, Jason Denayer and Lee Cattermole are sidelined through injuries for the home side. Arsenal will be without the suspended Granit Xhaka and the injured Per Mertesacker, Danny Welbeck, Chuba Akpom and Lucas Perez. Santi Cazorla, Theo Walcott and Nacho Monreal have been listed as doubts and will face late fitness tests.

According to Sunderland vs Arsenal H2H Stats, Arsenal have won three and drawn two of their last five English Premier League meetings with Sunderland. In fact, Arsenal are undefeated in their last nine matches against Sunderland in all competitions.

While Sunderland have managed to draw only one of their previous six Premier League matches (losing the other five), Arsenal have won their last three away games in the league. Arsene Wenger’s side are clear favorites tomorrow and are likely to win by a 2-0 scoreline.