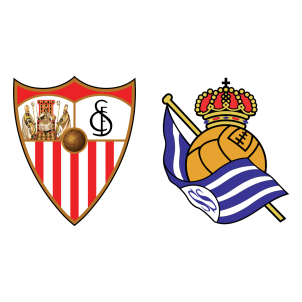 While Sevilla were beaten 4-2 by Malaga in their last game, Real Sociedad registered a well-fought 2-1 victory over Granada in their previous match.

Benoit Tremoulinas, Michael Krohn-Dehli, and Mariano are sidelined through injuries for the hosts while Joaquin Correa is still listed as a doubt. The visitors will be without the injured Carlos Martinez and Imanol Agirretxe.

“It’s real drama, we have to win, but so do they. We’re playing against a team that conducts itself well in times of an opposing side’s desperation. It’s an important game, throughout the 90 minutes the fine margins will play a very important role and we have to be ready for that.

We have to try to defend this position and keep looking for that third spot which you’re always hoping for. If we finish with more than 70 points, whatever position we end up in, it’s difficult to talk about failure.”

According to Sevilla vs Real Sociedad H2H Stats, Sevilla have won two and lost three of their five previous matches against Real Sociedad. Sevilla are undefeated in their last eleven home matches in the league. It should be a closely contested affair but Sevilla are likely to win 2-1 tonight.