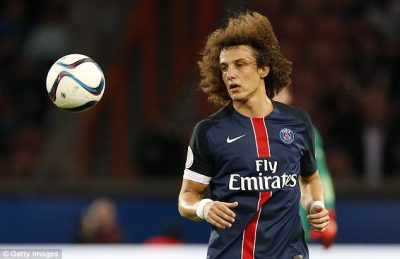 Paris Saint-Germain begin a new era on 11th August, Thursday when they face SC Bastia at the Stade Armand Cesari, Furiani in the inaugural match of the 2016/17 Ligue 1 season. The Ligue 1 title holders will be defending their Championship for the fourth consecutive season in a row, this time under the leadership of Unai Emery.

The Spaniard, who led Sevilla to three back-to-back Europa League titles, joined the Ligue 1 champions earlier this season after Laurent Blanc and his support staff resigned, to carry forward the Parisian club’s ambitions on the European stage.

Their opponents tonight, SC Bastia finished tenth in the Ligue 1 last season with fifty points but a not-so-favorable goal difference. Francois Ciccolini, who joined the club earlier this year, has his work cut out with Bastia struggling spectacularly while defending last season.

With Zlatan Ibrahimovic’s departure to Manchester United, the Paris Saint-Germain attacking line will bear a completely different look, as Edinson Cavani will finally get the chance to lead his club’s offense. The mercurial forward will miss the season opener along with defender Thiago Silva who was absent during PSG’s 4-1 Trophee des Championes win over Olympique Lyon.

“If people say to me the league is easy, I respond that it’s easy if you work hard. PSG have won a lot, which means they have worked hard and worked well. We need to keep doing that while also trying to improve by going further in Europe.”

The arrival of Jese Rodriguez from Real Madrid will offer Unai Emery a variety of options to set up his attack and bolster Paris Saint-Germain’s chances in progressing further into the UEFA Champions League.

According to Head-2-Head statistics, Paris Saint-Germain have won a staggering 81% of their matches against SC Bastia, their last loss coming in January 2015. Unai Emerey’s men are expected to win by a 2-0 scoreline.