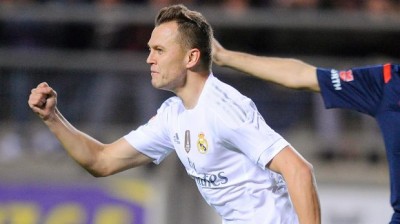 Real Madrid played out a comfortable 3-1 victory over Cadiz at Ramon de Carranza on Wednesday evening in their fourth round clash of the Copa del Rey. Rafael Benitez’s side, however, face elimination as they fielded an ineligible player.

Denis Cheryshev, Real Madrid’s Russian acquisition, was due to serve a suspension as a result of accumulating yellow cards at his previous club, Villareal. Chreyshev, co-incidentally, gave Real Madrid a lead three minutes into the first half. Two goals from Isco helped Rafael Benitez’s side to an easy win, but it could be in vain, as Spanish media reports suggest Cadiz are likely to file an official complaint regarding selection of an ineligible player.

Cristiano Ronaldo, Gareth Bale, Karim Benzema, Luka Modric, Toni Kroos, Danilo and Keylor Navas were all rested for Madrid, while Marcelo, Dani Carvajal and Sergio Ramos were all ruled out with injury.

“I had no idea Denis Cheryshev was ineligible.”

Benitez looked perplexed in the post-match press conference as he failed to justify such a careless error on part of the club. While Cadiz supporters broke out into protesting chants in the second half, Real Madrid fans have blamed the club officials as well as the manager for this humiliating situation.

Benitez was manager of Valencia when they were disqualified from the Copa del Rey having played too many non-EU players during a tie against Novelda in 2001.

“We’ll do whatever is best for Cadiz. We’ll study the situation. I can only say that I’ll do the right thing for the club.”