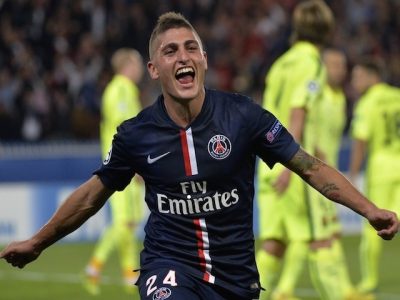 Paris Saint-Germain have had an unfavorable start to their domestic campaign and now sit on the third position in league with nineteen points, four behind league leaders Nice who are yet to lose a league fixture. Monaco sit in second position with twenty two points, having played a game more.

Paris Saint-Germain’s last outing was against Nancy whom they defeated 2-1. Marseille also won 1-0 against Metz in their last game.

Marseille stabilized their campaign with seven points in the last three matches, and are now twelfth in league with twelve points from nine matches.

Marseille have not beaten PSG since a 3-0 win at Stade Velodrome back in 2011 and will visit Parc des Princes this weekend with a new coach, Rudi Garcia, who was unveiled on Friday.

Javier Pastore is sidelined through an injury. Angel di Maria was substituted early in the midweek after a back injury and is doubtful for the game alongside Thiago Motta and Marco Veratti.

Marseille will be without the injured Remy Cabella, Abou Diaby, William Vainqueur and the unfit Roman Alessandrini.

While Paris Saint-Germain are undefeated in thirty four of their last thirty eight Ligue 1 matches, Marseille have failed to win ten of their previous eleven away matches in the league.

Paris Saint-Germain are clear favorites and are likely to win by a 3-1 scoreline.