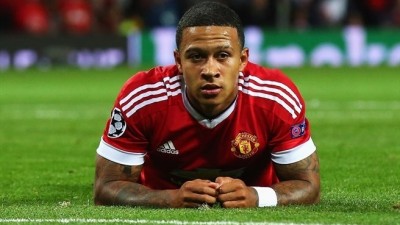 Manchester United will host the high-flying Wolfsburg at Old Trafford on Wednesday as the English side aims to bounce back from its defeat in the hands of PSV Eindhoven on Matchday 1 of the 2015/16 UEFA Champions League. Manchester United’s first game on return to Europe’s premier competition was marred by a ghastly injury to Luke Shaw and a shaky defensive performance. Wolfsburg displayed a completely professional performance during their 1-0 win over CSKA Moscow.

Luke Shaw is the confirmed absentee for Manchester United with a fractured leg. Michael Carrick has been ruled out as well by the Manchester United manager in his pre-match press conference. Antonio Valencia, Ander Herrera and Marcos Rojo missed training on Tuesday with knocks and are listed as doubtful.

Wolfsburg have their own injury concerns with Luiz Gustavo, Vieirinha, Koen Casteels and Robert Knoche ruled out of the fixture. Felipe Lopes is not yet match fit and is likely to miss out.

“We’ve worked hard to experience these games and we don’t just go to Old Trafford as tourists and say ‘how nice’. We will do all we can to go one better after our victory in our first match.”

Wolfsburg will be eager to prove their mettle after the 5-1 defeat at Bayern Munich two weeks back, courtesy a five star performance from Robert Lewandowski. Manchester United, meanwhile, have looked far from convincing, but positive results have started to arrive in the recent weeks, especially with the likes of Memphis and Martial setting the pace.

Manchester United have won both of their previous two encounters with Wolfsburg according to Head-2-Head statistics, but the Bundesliga side is an evolved side at present, possessing enough quality to beat the Red Devils in their own backyard. Injuries to key players in the German side may however hamper Wolfsburg’s chances and boost Manchester United ahead of the must-win game for Van Gaal. Although it should be a closely contested affair, the scoreline is likely to read 2-1 in favour of Manchester United.