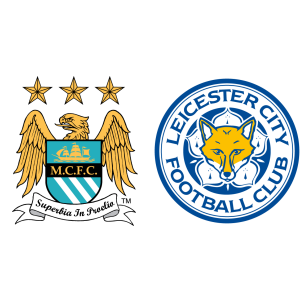 Manchester City sit atop the English Premier League table with sixty-nine points. Although they were held to a 1-1 draw by Burnley in their last game, Manchester City are still in the pole position to clinch the Premiership.

Leicester City have recovered from their stumbles in the first half of the season and are now placed eighth in the league standings with thirty-five point, in spite of a 2-1 loss to Everton and a 1-1 draw against Swansea City in their two previous fixtures.

Benjamin Mendy, Gabriel Jesus, Leroy Sane and Fabian Delph continue remaining sidelined through injuries but Phil Foden is close to regaining full match fitness. The visitors will be without the injured Wes Morgan and the unfit Robert Huth.

“Leicester still have the basic fundamentals they had that helped them to be champions but [Claude Puel] has introduced a bit of something else. They play more, they play between channels and have more passes. They are always a strong team. We cannot forget – it was not one century ago, it was two seasons ago – they were champions.”

According to Manchester City vs Leicester City H2H Stats, the last five matches between these two clubs have resulted in two wins for either side and one draw. Manchester City have won their last 12 home matches in the Premier League.

Meanwhile, Leicester City have lost three of their previous four away league fixtures. Although Manchester City are plagued with fatigue and injuries, a 1-0 win for Pep Guardiola’s side is the most probable result today.