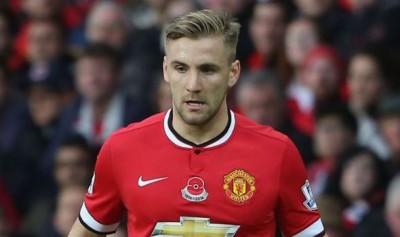 Luke Shaw had made an excellent start to the 2015/16 season and was one of United’s best players during the opening minutes against the Eredivisie club on Tuesday. Around the 15-minute mark, Shaw found himself close to the danger area in PSV’s half and faced a terrible challenge from Hector Moreno. The left back immediately took the ground and could only depart the pitch on a medic’s stretcher.

As soon as the foul was called, the injury to Shaw seemed awful with the young English international even requiring administration of the oxygen mask on the field. His injury was later confirmed as a double fracture in his right leg.

Louis van Gaal had suspected last night that the injury would keep Shaw out of action for at least six months, but the Dutch manager hopes the youngster will return on pitch before the season ends. Hector Moreno escaped caution for his challenge, but rendered an apology for his role in the incident.

“I just feel really bad because I was involved in the accident. I feel really sorry. I think it was not a foul, I think I played the ball, but in this kind of situation I don’t care if it was a foul, I feel bad for him, for his family.”

Manchester United started their group stages in the worst possible way and will now host Wolfsburg on Matchday 2 of UEFA Champions League.