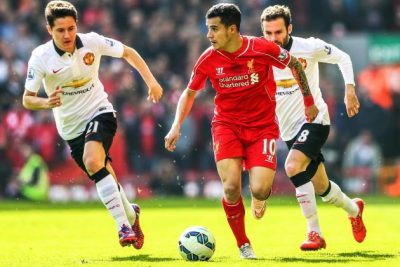 Liverpool vs Manchester United – Manchester United travel to Anfield to face Liverpool in the latest adaptation of one of the classic English Premier League fixtures. Jurgen Klopp’s Liverpool have been a revelation this season with the squad identifying with its manager’s tactical vision.

Liverpool are fourth in league standings with sixteen points, unbeaten in their last five matches since their 2-0 loss to Burnley. The Kops won 2-1 at Swansea before going into the international break.

Manchester United, meanwhile, had their fair share of ups and downs and are now seventh in the league with thirteen points. As only six points separate the top seven sides in the English Premier League table, a win for either club tonight could see them gain ground on the other title challengers.

Adam Lallana and Georginio Wijnaldum are sidelined through injuries for Liverpool, but Dejan Lovren, Emre Can and Nathaniel Clyne have regained match fitness. Manchester United’s only injury concern is Phil Jones as Henrikh Mkhitaryan and Luke Shaw have recuperated from their respective injuries.

However, the most recent encounter of these two clubs was in the UEFA Europa League Round of 16 last season when Liverpool won 2-0 at home followed by a 1-1 draw at Old Trafford.

Liverpool have scored at least two goals in six of their last seven home matches in the Premier League. It is expected to be a closely contested but a high-scoring match with a 2-2 draw being the most probable result.