How Does Paco Alcacer Fit Into Barcelona? 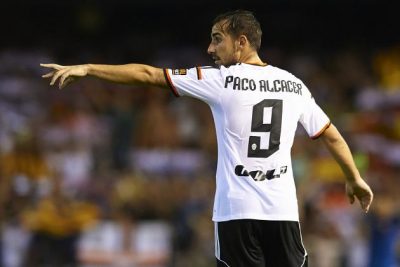 As the 2016/17 La Liga season gets into its groove with the first international break already arriving, FC Barcelona has secured the signing of young Spanish center forward Paco Alcacer in a deal worth 30 million euros from Valencia.

The 22-year-old Spain international has been a consistent performer for his now-former side Valencia, scoring 25 goals in 51 appearances in the last two seasons. Having come through the famed Valencia academy, Paco Alcacer has been a revelation of sorts in the last few seasons.

Initially struggling to hold his place in the Valencia starting eleven, having made his senior debut at the young age of sixteen, a loan spell at Getafe worked wonders for the Spaniard. Rumored to be one of the most hard working as well as talented youngsters to have come through Valencia CF’s youth academy, Paco Alcacer has all the attributes to succeed in a star-studded Barcelona line-up.

A regular for Spain at all the international levels, Alcacer did not make the final squad for the just concluded 2016 UEFA European Championships, but is expected to start in Spain’s upcoming FIFA World Cup qualifier against Luxembourg later this week.

The 22-year-old boasts of immaculate technique and an eye for goal in spite of being a thorough team player, a quality which might help him settle into a Barcelona squad already brimming with goals. In Alcacer, Luis Enrique has found not only an effective replacement for his first choice front three of Neymar, Luis Suarez and Lionel Messi should either be injured or suspended, he also has a game-changing option on his bench in case of unprecedented circumstances when the South American trio fail to open the mouth of the goal.

Paco Alcacer also brings in leadership qualities as former Valencia manager Gary Neville handed him the captaincy this past season. Barcelona are expected to unveil Alcacer once his international commitments are over. His temperament will decide how soon the young attacker settles down in his new club, but success is only a matter of time for Paco Alcacer.