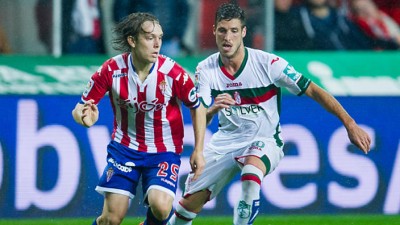 Granada hosts Sporting Gijon at Los Carmenes in a La Liga fixture on 3rd March, Thursday with both clubs embroiled in a relegation battle. Both sides have had a difficult season so far and are expected to go down into Segunda division unless the performances pick up in the last phase of the season.

Granada broke their four match winless streak in their last game when they defeated Deportivo La Coruna 1-0. Sporting Gijon, meanwhile, have not won any of their last five matches, losing 2-4 to Espanyol in their previous league fixture.

Ruben Perez returns from suspension but Granada are still missing Javi Marquez due to an injury. The visitors will be without the injured Bernardo and the suspended Nacho Cases and Isma Lopez. Sergio Alvarez is set to return from suspension.

According to Head-2-Head statistics, the previous six encounters between these two clubs have resulted in two wins, two losses and two draws for either side. Granada are likely to win tomorrow, with a 1-0 result being the most probable outcome.