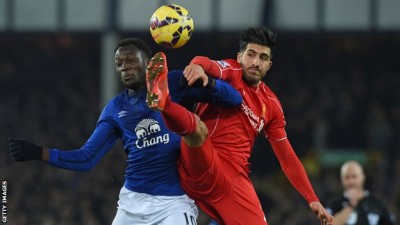 Everton host Liverpool at Goodison Park on Sunday, October 4th in what promises to be one of the most enticing Merseyside derby of recent years. Everton are high on confidence after their comeback win over West Bromwich Albion this past weekend, while Liverpool have struggled spectacularly this season, sitting four places below their local rivals at ninth position on the Premier League table.

Pressure has mounted on Brendan Rodgers to deliver as Liverpool’s stutter has mostly been down to Rodgers’ failure as a tactician. Everton meanwhile are unbeaten in their last six competitive fixtures and will be hopeful of their chances on Sunday.

Both clubs have a number of injury concerns in their ranks. Tony Hibbert, Leighton Baines, Steven Pienaar and Tom Cleverley are the confirmed absentees through injuries for Roberto Martinez’s side. Kevin Mirallas is suspended. John Stones, Muhammad Besic and Seamus Coleman are listed as doubtful and will face late fitness tests.

Jon Flanagan, Jordan Henderson, Roberto Firmino, Christian Benteke and Dejan Lovren have been ruled out of the fixture as well, handing Brendan Rodgers a selection problem up front.

According to Head-2-Head statistics, Everton have won only 28% of its encounters against Liverpool till date. Based on current form, Roberto Martinez’s side should emerge victorious, although a likely 2-1 margin will reflect the nature of the closely contested affair.