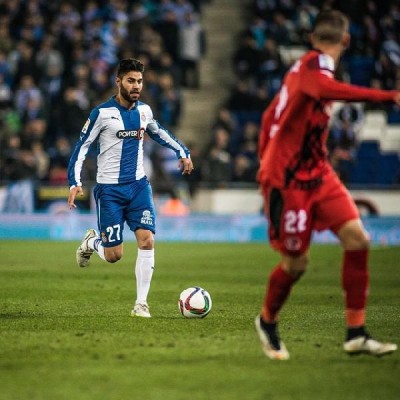 It will be a contest in the lower half of the La Liga standings when Espanyol host Real Sociedad at Estadi Cornella El-Prat in the province of Barcelona on Monday, 8th February.

The hosts, who are on a six-match winless streak, are seventeenth in the league table with twenty two points. Real Sociedad, with similar number of wins (six out of twenty two matches played so far) are only two points ahead on fourteenth.

Real Madrid scored six goals past Espanyol in the last game, while Real Sociedad are coming off a morale-boosting 2-1 win over Real Betis. The winner of this particular fixture would make a considerable step towards safety from relegation as every three points matter with only nine points separating the bottom ten clubs in the La Liga.

Anaitz Arbilla, Victor Sanchez and Felipe Caicedo are the injury concerns in the Espanyol squad, but the latter two might still feature. Gerard Moreno is available after suspension. Real Sociedad have a lengthy list of absentees with Raul Navas, Sergio Canales, Imanol Agirretxe, Carlos Martinez and David Zurutuza sidelined. Aritz Elustondo is carrying a knock but should feature due to lack of other options.

According to Head-2-Head statistics, the previous six encounters between these two clubs have resulted in three wins for Real Sociedad, two wins for Espanyol and a solitary draw. On current form, Real Sociedad are more likely to win three points, with 2-1 in favor of the visitors being the most probable outcome.