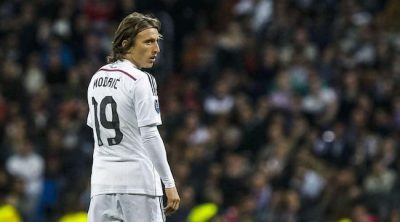 Espanyol vs Real Madrid – Real Madrid travel to Estadio Cornellà-El Prat on 17th September, Sunday to face Espanyol as they aim to consolidate their La Liga standing with the slight advantage over Barcelona. Real Madrid leaped to the first position with a 5-2 win over Osasuna last weekend.

Although Zinedine Zidane’s men left it pretty late to secure a win against Sporting CP in the midweek UEFA Champions League fixture, the sixteenth-placed Espanyol are unlikely to pose a problem. Espanyol are yet to win a league match this season and followed up their 6-4 loss against Sevilla in the opening fixture with two draws against Malaga and Real Sociedad.

Javi Fuego is suspended for the home side. Real Madrid will be without Gareth Bale and Cristiano Ronaldo. Keylor Navas is listed as a doubt as well.

“The game against Espanyol will be difficult but we are prepared. You will always need all of the players and I’m lucky to have a great squad, with important players. They all have to play and that is my idea.”

According to Espanyol vs Real Madrid H2H stats, the last five league matches between these two clubs have all resulted in wins for Real Madrid. In fact, Real Madrid have scored at least four goals in their last three matches against Espanyol in all competitions.

Real Madrid have not only won their last fifteen La Liga matches, they have also kept a clean sheet in their last three away games. The Galacticos will start as favorites and are likely to win 4-0 tomorrow.