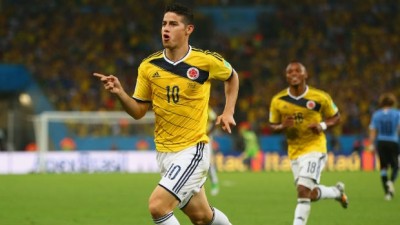 Colombia are fourth in the standings with seventeen points while Chile are fifth with sixteen points. With the top four nations automatically qualifying for the 2018 FIFA World Cup to be held in Russia and the country which finishes fifth advancing to the inter-confederation play-offs, the race is expected to get tighter over the next few matchdays.

The reverse fixture back in November last year ended in a 1-1 draw when James Rodriguez equalized with a second-half strike after Arturo Vidal had put the Copa America champions ahead.

With Argentina on sixteen points (trailing Chile on goal difference) and Paraguay on fifteen points, a win for either side will be crucial for their qualification chances. Brazil and Uruguay are the only Latin American nations looking confident of direct qualification at this point while other teams must win soon.

“Chile is a direct rival, with which it can neither lose nor tie, because that would begin to entangle the classification, because then we will play a game against Argentina where anything can happen.”

According to Colombia vs Chile H2H Stats, the last five competitive fixtures between these two nations have resulted in two wins and one defeat for Chile, the other two games ending in scoring draws.

It should be a closely contested affair and a 1-1 draw is the most likely outcome of this match.