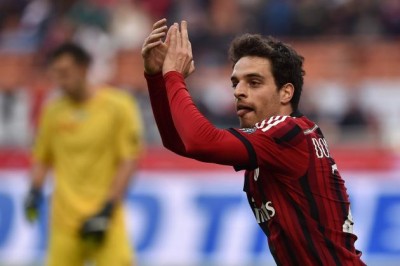 Chievo hosts AC Milan at Stadio Marcantonio Bentegodi, Ventura on 13th March, Sunday in their twenty-ninth Serie A fixture of the season. With most clubs in the top half of the top flight of Italian football in touching distance from each other, it will be a crucial mid-table clash between these two sides.

Alessandro Gamberini and Roberto Inglese are ruled out with injuries for Chievo. AC Milan will be without Riccardo Montolivo, Rodrigo Ely and M’Baye Niyang while Luiz Adriano has been listed as a doubt.

“I did not know [it was more than 10 years since beating Milan], but I would say that is too much. We want to give a great performance.”

“We need to go to the Bentegodi this weekend, play our game and it’s important that we win. Our goal remains Champions League qualification and while we can still achieve that, we will fight until the very end. We’re in good shape and we know where we went wrong in the last game and we cannot repeat those mistakes. If we want to qualify for the Champions League, I think we have to win every single game from now until the end of the season.”

According to Head-2-Head statistics, AC Milan have won four out of the last six encounters between these two sides, with Chievo managing to draw the two other games. In fact, AC Milan have won sixteen of their last eighteen matches against Chievo in all competitions, keeping a clean sheet in the previous six matches.

Although the loss to Sassuolo brought an end to Milan’s good stretch of form, the visitors are likely to win tomorrow with a 2-1 result in AC Milan’s favor being the most probable outcome.