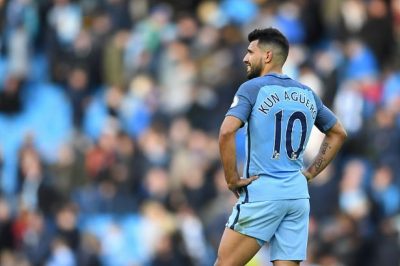 Burnley vs Manchester City – Burnley hosts Manchester City at Turf Moor on 26th November, Saturday in a crucial English Premier League fixture which could take Manchester City to the top of the league standings, especially with league leaders Chelsea having a difficult match against Tottenham Hotspur.

Manchester City have twenty seven points after twelve matches – they won 2-1 against Crystal Palace last week, which is only their second win in last six games and would look to gain all three points against struggling Burnley.

The Clarets conceded four goals at West Bromwich Albion this past Monday and are on the twelfth position in league standings with fourteen points.

Burnley do not have any injury concerns ahead of the game, with Ashley Barnes pushing for his first start after his return from a long spell on the sidelines.

Manchester City will be without captain Vincent Kompany while Fabian Delph has been listed as a doubt. Yaya Toure, after scoring two goals in his last outing, is expected to start.

“We haven’t found our feet at all away from home and some of that is down to the opposition but we know we’re better than that. There’s a huge gulf between us and Manchester City on and off the pitch but it is the marvel of football.”

According to Burnley vs Manchester City H2H Stats, the last five matches between these two clubs have resulted in two wins for Manchester City, two draws and one win for Burnley.

The last time Manchester City visited Turf Moor in March 2015, they were defeated 1-0.

Manchester City have won five of their last six away matches in the Premier League, scoring a minimum of two goals in the process. The odds for a Manchester City win are at 1.33 while that of ‘over 2.5 goals’ is at 1.5. Manchester City are likely to win comfortably, with a scoreline of 3-1 being the most probable result.