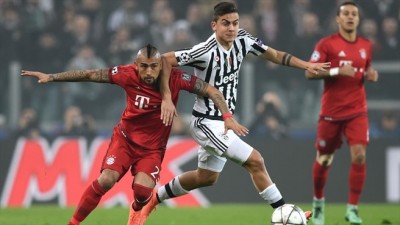 Bayern Munich hosts Juventus at the Allianz Arena on 16th March, Wednesday for the return leg of their UEFA Champions League Round of 16 fixture after the first leg in Turin ended in a 2-2 draw.

Bayern Munich had taken a two goal lead over the Italian champions but Juventus managed a draw in a spectacular fashion courtesy late goals from Paulo Dybala and Stefano Stuaro.

Jerome Boateng and Holger Badstuber are ruled out due to injuries while Arjen Robben and Javi Martinez are doubtful. Juventus will be without a number of key players as Martin Caceres, Claudio Marchisio, Paulo Dybala and Giorgio Chiellini are sidelined through injuries. Mario Mandzukic will undergo a late fitness test as well.

“We have to accept the result of the first leg. Juventus are Juventus, with their own special spirit. I know the Italian mentality, it has won them so many trophies. They wait for their moment. They know how to defend and how to score goals. After the first game, my appreciation and respect for Juve is even greater.”

“We have to play a perfect game tomorrow. If we are not able to do so, it will be very difficult. We know Bayern are a team that normally take control of the game. It is possible Bayern are underestimating Juventus. But I don’t think so, they have lots of respect for us, as we do have for them. We have to be very careful and try to be the better team tomorrow. It is as simple as that.”

Bayern Munich have scored at least two goals in seven of their last eight UEFA Champions League matches. Bayern Munich are likely to progress to the quarter-finals with a 3-2 win being the most probable outcome of this fixture.