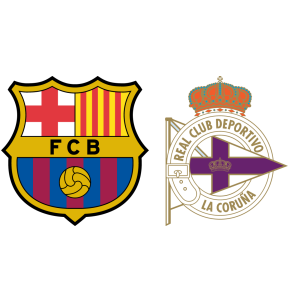 Barcelona have been pretty much unstoppable in the league this season, sitting atop the La Liga standings with thirty-nine points and remaining unbeaten all through the season. Barcelona have opened up a decent lead at the top of the table with second-placed Valencia five points away and defending champions Real Madrid eight points behind.

Deportivo La Coruna are just three points above the relegation zone, in the seventeenth position with fifteen points and won 1-0 over Leganes in their last game after a four-match winless streak.

Barcelona are without Ousmane Dembele, Rafinha and Samuel Umiti while the visitors will be without the injured Gerard Valentin and Fede Cartabia.

“We’ve kept up the winning run. We knew our rivals had won but we’re always relying on ourselves. Regardless of rivals having won, before a game, you have to win. You prepare to win and that’s that.”

A 2-0 win for Barcelona is the most probable outcome.