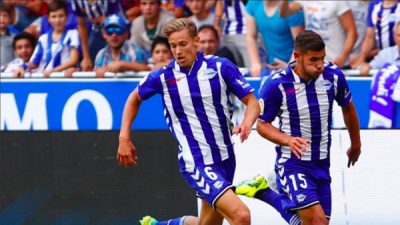 Alaves sit on the tenth position with five points while Deportivo La Coruna are twelfth with four points. Alaves shocked many football enthusiasts with their win over Barcelona, albeit at home, after they began the season with a 1-1 draw against Atletico Madrid and another goalless draw against Sporting Gijon.

Deportivo La Coruna, meanwhile, have registered a win, a draw and a loss in their first three league fixtures – against Eibar, Real Betis and Athletic Bilbao respectively. Coming into this match in desperate search of a win, the away side must find their rhythm early into the match for Alaves has been a force to reckon with at home.

According to Alaves vs Deportivo La Coruna H2H stats, the last five matches between these two clubs have resulted in two wins for either side and one draw. Deportivo have failed to win twelve of their last thirteen away matches in La Liga.

It should be a closely contested affair but Alaves are likely to win 1-0.