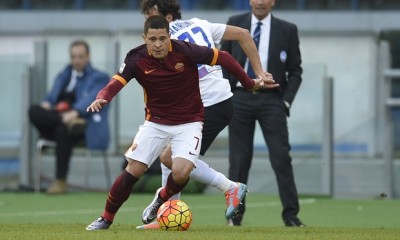 AFC Bournemouth have confirmed the signing of Juan Iturbe on loan from AS Roma on their official website. The 22-year-old Argentine forward will ply his trade in the English Premier League for the rest of the 2015/16 season.

The young forward has had a long journey through various European clubs in his short career. Iturbe was snapped up by Roma mere weeks after he joined Verona from FC Porto. Iturbe made 27 league appearances for the Serie A side last season, but has been underwhelming this season, with only one goal from 12 league appearances.

“It’s a big opportunity for me to come and play in the Premier League. I’d like to thank everyone for making this move happen and I’m very pleased to be here.There were a few clubs that were interested but things happened pretty quickly and once this process was under way it was a straightforward decision for me to make.

I didn’t know a lot about Bournemouth as a club but the more I read and the more I found out how much they wanted me, it’s an easy decision to go to a place where you feel really wanted. That became the overriding factor.”

It is believed Iturbe will play a crucial role in helping AFC Bournemouth stay up in the Premier League. The newly promoted side has twenty points halfway through the season and has picked up their performance after a dismal start. Three points above the drop zone, Bournemouth need as many goals as they can get and the technically gifted Iturbe would be a perfect fit for the Bournemouth side, who have played some quality football in the last few weeks.