AC Milan vs AS Roma – Serie A – Preview 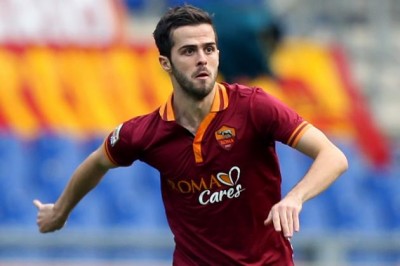 AC Milan hosts AS Roma at San Siro on 14th May, Saturday in their final Serie A game of the season. While Roma have already qualified for the UEFA Champions League next season with Internazionale ten points behind, the fans will expect a mouthwatering clash between the two giants of Italian football before the season ends.

Both clubs won their previous matches – AS Roma won 3-0 against Chievo while AC Milan defeated Bologna by a one-goal margin. The win ended a sketch run of form for AC Milan as they had won only one of their five preceding matches.

Luca Antonelli is injured while M’Baye Niang is doubtful for the hosts. AS Roma will be without William Vainqueur while Diego Perotti and Seydou Keita are likely to face late fitness tests.

“Tomorrow will be a big day. The players must show the right attitude out on the pitch. AS Roma are a great team, the players have a massive amount of positive energy. It will be a good match.”

“We’ll be clinical against Milan to make sure we can have no regrets. We need to go out there, make the game ours and bring home the win. We know it’s almost impossible to get second place seeing as it’s unlikely Napoli are going to slip up, but we’ll keep going until the end.”

According to Head-2-Head statistics, the last six encounters between these two clubs have resulted in four draws and a win for either side. AS Roma, however, enter this match in a scintillating form, unbeaten in their last sixteen Serie A matches, among which they won thirteen.

AS Roma have also scored a minimum of two goals in thirteen of their previous sixteen games, so a clean sheet for the Rossonerri is an unlikely aspect. The visitors are likely to win by a 3-1 margin in their final Serie A game of the season.