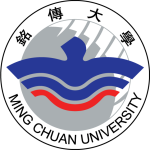 Ming Chuan University did not lose their last match in the competition.

The overall results is shown by default. You can also analyze Ming Chuan University results for their home or away matches in Taiwan Football Premier League 2020.

The graph shows the performance and results of Ming Chuan University in Taiwan Football Premier League.

is the leading top goal scorer for Ming Chuan University with 20 goals.

Ming Chuan University are in the 8th position of Taiwan Football Premier League.