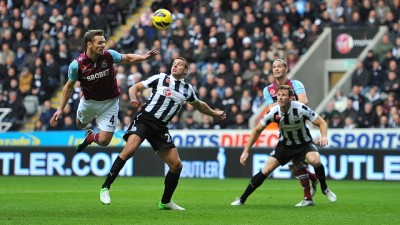 Steve McLaren’s Newcastle United will travel to London to face Slaven Bilic’s West Ham United in a mid-table clash of the English Premier League on Monday. The fixture scheduled at Upton Park should provide McLaren with harsh reminders of his England side’s loss to Croatia (then managed by Bilic) in 2007.

The Toons have taken just two points off the first four games, sitting in the relegation zone while West Ham have made yet another stereotypical start to their season with two wins and two losses.

West Ham United are missing Alexander Song, Enner Valencia, Mauro Zarate and Joey O’Brien through injuries. Adrian is suspended. Andy Carroll, Victor Moses and Nikica Jelavic are listed as doubtful and will face late fitness tests. As for Newcastle United, Emmanuel Riviere, Sylvain Marveaux and Paul Dummett are injured. Williamson, who is suffering from an arm injury is also doubtful. Aleksandar Mitrovic will serve the first of his three game suspension on Monday.