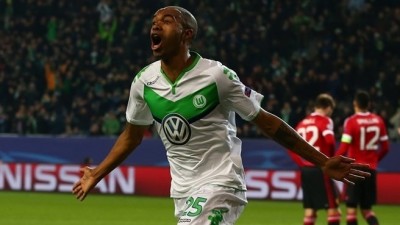 As the first set of games scheduled to be played on MatchDay Six came to an end on Tuesday night, the UEFA Champions League threw up a number of interesting results which convoluted the qualification of teams into the Round of 16.

Group A saw Real Madrid finish as the group winners, with Cristiano Ronaldo scoring four goals, as the Los Blancos defeated Malmo FF by a 8-0 scoreline. Karim Benzema also scored a hattrick with the young Matteo Kovacic also getting on the scoresheet on an unforgettable night for the Spanish side.

Paris Saint-Germain qualified as the group runners-up with Zlatan Ibrahimovic becoming the Ligue 1 side’s highest goalscorer, him scoring the second goal in the Parisians’ 2-0 victory over Shakhtar Donetsk. The Ukrainian side transfers to the UEFA Europa League.

Group B presented the most dramatic results of the night as Manchester United were knocked out of Europe’s premier competition in spite of one of their best attacking performances of recent times. Louis van Gaal’s side needed three points to secure qualification.

Although Anthony Martial put United in the lead at the ten-minute mark, Naldo and Vieirinha’s goals threatened to send them into the Europa League. With CSKA Moscow leading PSV Eindhoven for a brief period of time in the group’s other match, United’s hopes raised but the match in Germany finished 4-2 in favour of Wolfsburg while PSV made a comeback to win 2-1, thereby knocking Manchester United out of the competition.

Atletico Madrid defeated Benfica 2-1 away from home to qualify as the winners of Group C, but the Portuguese side have made it to the knock-outs as well. Galatasaray played out a 1-1 draw against Astana, securing their transfer to the Europa League.

Juventus surprisingly lost to Sevilla by 1-0, which allowed Manchester City (who won 4-2 against Borussia Monchengladbach) to qualify for the Round of 16 as winners of Group D. While last year’s UEFA Champions League finalists will enter the knock-outs as runners-up, Sevilla moves to Europe’s second-tier competition and the German side is knocked out of Europe.

The remaining four groups will take to field on Wednesday as the likes of Roma, Bayer Leverkusen, BATE Borisov; Olympiacos, Arsenal; Chelsea, Porto, Dynamo Kyiv; Gent, Valencia can still qualify for the Round of 16.

“At the moment I cannot defend myself because we are out of the Champions League. Every word I say is the wrong word. When you see the facts we went further in the Capital One Cup, we qualified for the Champions League group and we have played all these matches and we are still in a very good position in the Premier League.”