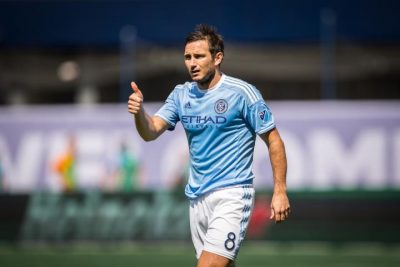 San Jose Earthquakes are yet to win an away game this season, drawing their previous match against bottom feeders Houston Dynamo 1-1. New York City, on the other hand, are the only Major League Soccer club with an winning record on the road. Frank Lampard’s hattrick this past Saturday led the New York-based club to a 5-1 win over the Colorado Rapids in their last match.

With New York City being in the form of their life, Dominic Kinnear’s side must score goals to stay in the game. San Jose Earthquakes will be looking at the upfront partnership between top scorer Chris Wondolowski who has found the net on nine occasions and Alberto Quintero (three goals) to put New York City on the backfoot.

The Earthquakes’ new acquisition Darwin Ceren, whom they traded in for Matias-Perez Garcia will be available for this fixture. The Eastern Conference club, who has gone strength to strength continue to rely on World Cup winner David Villa and former Chelsea midfielder Frank Lampard for their offense.

“They [new York City] make the most of their chances. It all coincides with the health of Frank Lampard, who’s been scoring a lot of goals. They also go from attack to defending very quick with good players.”

According to Head-2-Head statistics, New York City FC won the only match played so far between these two clubs by a 3-2 scoreline. Although San Jose Earthquakes have lost at home on only occasion this season, New York City are likely to win 3-1 tomorrow.