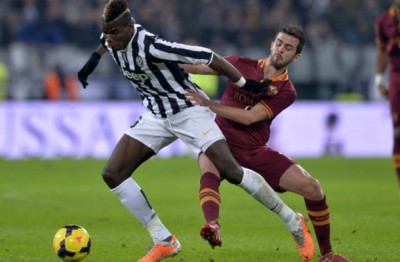 Manchester City will host last season’s runners-up Juventus in the opening fixture of the UEFA Champions League. Both clubs could not have made much different starts to the new season, with the English club winning all five of its games till now and Juventus failing to win any of the three they have played till date.

While Manchester City have made a galloping start in the race to the Premier League title, Juventus scrambled their first point off the season against Chievo last weekend. Manchester City are the prime contenders of the Premier League this season, but have traditionally struggled in the Champions League, winning only five out of fourteen matches in the last four seasons. Juventus, meanwhile, established their supremacy in Europe by finishing second in this very competition last season.

Sergio Aguero picked up a knee injury after a strong challenge from Scott Dan in the weekend and will miss the tie. Although Raheem Sterling and David Silva have been cleared to play, Fabian Delph and Pablo Zabaleta are still injured. Fernandinho and Samir Nasri have been listed as doubtful, but both could feature in the matchday squad, should they regain fitness. Kevin de Bruyne is expected to make his first start for the English club. Kelechi Iheanacho, the youngster who netted the winner against Crystal Palace, is ineligible to play.

Juventus will be without the services of Sami Khedira, Kwadwo Asamoah as well as midfield general Claudio Marchisio (who was injured against Chievo). Juan Cuadrado could be a part of the starting eleven, after he came off the bench to score a crucial goal.

Manchester City have an excellent opportunity to establish themselves as a true European giant this season. Manuel Pellegrini will focus not only on bringing the Premier League title back to Manchester, but also to make a deep, meaningful run into the premier European competition.

According to Head-2-Head statistics, Manchester City have drawn all its matches against Juventus till date. It should be a closely contested affair, but based on current form, Manchester City should win the tie by a probable margin of 2-1.