Internazionale vs Sassuolo – Serie A – Preview

← Do You Have What It Takes To Be A SoccerPunter Premium Tipster?
Newcastle United vs Manchester United – English Premier League – Preview → 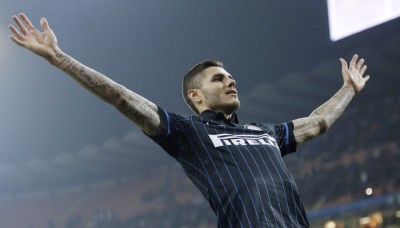 Internazionale host Sassuolo at the San Siro on Sunday, 10th January as Roberto Mancini’s side aim to consolidate their position on the top of the Serie A standings. The visitors, meanwhile, sit on the seventh position with twenty eight points.

In what has been a remarkable season in the top flight of Italian football, Inter have won twelve of their eighteen matches so far, amassing thirty nine points, one more than Napoli and Fiorentina but the league leaders must be wary of the defending champions as well with Juventus steadily climbing the points table after a disastrous start to the season.

Roberto Mancini has vowed to start an attacking lineup, with 4-2-4 being the likely formation. Felipe Melo is suspended for the hosts, while Lorenzo Pellegrini is suspended for the visitors. Sassuolo will also be without Emanuele Terranova who is injured. Sergio Floccari, who has submitted a transfer request, has not traveled with the squad.

According to Head-2-Head statistics, Internazionale have won four and lost two of the previous six encounters between these two sides. Inter have kept a clean sheet in seven of their last nine matches, so are deemed as favorites for this particular fixture as well.

On current form, Internazionale are likely to win with 2-0 being the most probable result.