Frosinone vs Benevento – Serie B – Preview 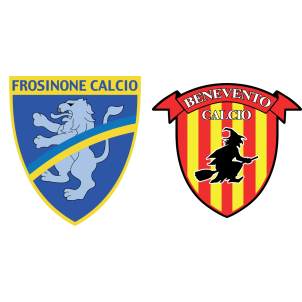 Frosinone vs Benevento – Frosinone hosts Benevento at Stadio Matusa on 24th December, Saturday in a crucial Serie B clash. This will be the 20th fixture of the Serie B clubs this season with the race for promotion being extremely closely contested so far.

While Verona lead the Serie B table with thirty seven points, Frosinone are second with thirty five points and Benevento are third in Serie B standings with thirty three points.

In this derby game set to happen tonight, two clubs take part who were in different divisions last season – while Frosinone got relegated from Serie A, Benevento were promoted.

Frosinone on 4-1 against Trapani in their last game while Benevento drew 0-0 against Ascoli.

Frosinone have a poor goal difference although they have scored twenty eight goals this season, owing to their sketchy defensive record. Benevento, meanwhile, have an impressive goal difference but have struggled to put games to bed in the last few weeks.

According to Frosinone vs Benevento H2H Stats, all four previous meetings between these two clubs have ended in draws.

The last time these two clubs met were in the 2013/14 season in the Lega Pro when a 1-1 draw was played out at Benevento’s home ground. The three preceding matches had all finished goalless.

It should be a closely contested affair with 1-1 being the most likely outcome.