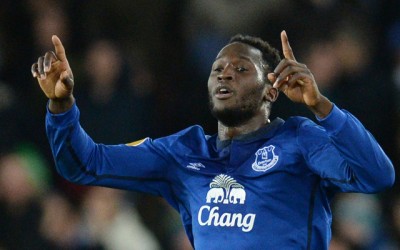 Everton will host Crystal Palace at Goodison Park on Monday, 7th December hoping for a hattrick of wins on their home ground. The Toffees have scored ten goals in their last two matches at Goodison Park and although AFC Bournemouth held them to a 3-3 draw last week, goals should not be a problem for Roberto Martinez’s side.

Crystal Palace are coming into the game on the back of their biggest win of the season, when Alan Pardew’s side defeated his former club Newcastle United 5-1 on Gameweek 14. With the English Premier League throwing up a mixed bag of results, Crystal Palace are on 22 points and sit in the eighth position, while Everton sit three places behind on 21 points.

Phil Jagielka, Brian Oviedo and Tony Hibbert are the long-term absentees for Everton. Steven Pienaar is yet to regain match fitness, but Leighton Baines might make his first league start since May. Roberto Martinez could be without James McCarthy and Tyias Browning though, both players facing late fitness tests.

The visitors will be without Kwesi Appiah and Bakary Sako through injuries, while Wilfried Zaha is suspended. Alan Pardew can welcome back Dwight Gayle and Marouane Chamakh to the squad.

“Baines had a very good introduction on Tuesday night and now we need to see how he is recovering. He’ll need two or three days to get back to normal and then we’ll make a decision on that.”

“We’ve got a strong record up there, and over the last couple of years we’ve enjoyed some good victories. I think the way we play away from home gives us a chance to make it three away wins in a row, so we’re looking forward to Monday night.”

According to Head-2-Head statistics, the last six encounters between these two clubs have ended in two wins for either side each and two draws. There have been over 2.5 goals scored in five of Everton’s last six Premier League matches. Everton have scored at least two goals in their last three home matches against Crystal Palace in all competitions.

On current form and depending on statistical history, it should be a high scoring affair, with 4-3 being the likely result in favour of Everton.