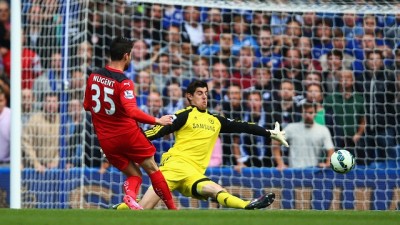 Chelsea prepare for life after Jose Mourinho as Guus Hiddink takes charge for the second time at Stamford Bridge when Watford arrive on Saturday, 26th December. Chelsea sit at a lowly fifteenth position with eighteen points from seventeen games in the English Premier League. Watford, on the other hand are seventh in league standings with twenty-eight points.

After Jose Mourinho’s dismissal this past Thursday, Chelsea finally got back to winning ways last weekend after a winless streak of three matches as the Blues rallied to win 3-1 against Sunderland at home, in one of their best performances of the season.

The current Chelsea boss was in attendance during the defending champions’ last outing and spoke to the press for the first time ahead of this particular tie, citing his aims for the season.

Radamel Falcao is yet to regain match fitness after a lengthy spell on the sidelines, but Eden Hazard is likely to return to the matchday squad, having missed the last game with a hip injury.

Tommy Hoban and Joel Ekstrand are injured for the visitors. While Valon Behrami made his first Watford appearance in nearly two months as a second half substitute in their 3-0 win over Liverpool and might be handed a start this week, Sebastian Prodl has been listed as a doubt. Nathan Ake will be ineligible to play against his parent club on Saturday.

“I have a lot of respect for Watford. They are very disciplined, they have two very dangerous strikers.”

“Guus was my coach for three years at Valencia and then we became friends and he is someone who I really value in football.”

According to Head-2-Head statistics, Chelsea have won all of their previous six encounters. Also, Chelsea have scored at least three goals and kept a clean sheet in their last four matches against Watford in all competitions.

However, the high-flying Watford have won their last four Premier League matches, keeping clean sheets in three of those matches. With the Chelsea players looking eager to impress, it should be a closely contested affair, but one in which the defending champions are likely to come out on top, with 2-1 being the most probable scoreline.