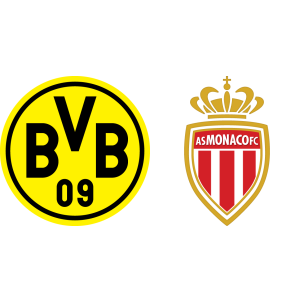 Borussia Dortmund had topped Group F ahead of Real Madrid and Legia Warsaw, and they defeated Benfica over two legs (with an aggregate score of 4-1) in the Round of 16.

AS Monaco have been one of the surprise packages of the season with their vibrant and young team. This particular tie is expected to be one of the most entertaining match-ups for the neutrals.

Borussia Dortmund have a couple of key injury concerns with Mario Gotze and Marco Reus sidelined for this fixture.

Tiemoue Bakayoko is suspended while Boschilia and Guido Carrillo are injured.

“Monaco play at a very high tempo and, in addition to individual talent, they have a very strong team ethic. I think it’s safe to say we won’t have two 0-0 draws; both teams are too interested in scoring and pushing themselves to the limit. There will be players coming back, we don’t know in what condition they will be in, but we need them with strength, form and energy.”

According to Borussia Dortmund vs AS Monaco H2H Stats, these two clubs have never faced each other before.

It should be a closely contested and high-scoring affair with Borussia Dortmund likely to win by a 3-1 scoreline.