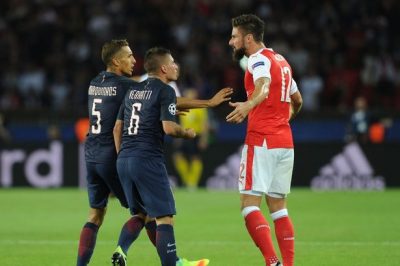 Both clubs have already secured qualification for the knock-outs as they both have ten points from the first four matches. However, Arsenal lead the Parisian club on goal difference courtesy their 6-0 win over Ludogorets Razgrad at home. The Gunners came back from behind to secure a win against the same opponents in their last game which helped them leapfrog Paris Saint-Germain to the first position.

Adrien Rabiot is the major injury concern, having already been ruled out for the season. Angel Di Maria, Alphonse Areola, Layvin Kurzawa and Javier Pastore are listed as doubtful with the former two unlikely to feature in the starting eleven.

The odds for an Arsenal win are 2.25 while that of a draw are 3.50. A Paris Saint-Germain win has odds for 3.40 but a positive result for either side could only come from errors by the defence of either side.

Just like the reverse fixture ended in a 1-1 draw, a scoring draw is the most likely outcome tomorrow, with 1-1 being the most probable scoreline.