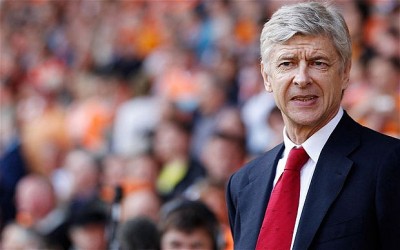 Arsenal will enter the transfer market in the upcoming January transfer window according to Arsenal boss Arsene Wenger. Arsenal will head into the new year, sitting atop the English Premier League standings as Leicester City failed to defeat Manchester City yesterday.

Arsenal have been plagued with injuries to several key players and would bring in players to consolidate the strength of their squad.

“I’ll be busy, that’s for sure. I’m already busy and I said already one month ago we are a bit short to deal with all the competitions we face, especially in midfield. We will be busy, yes.”

Arsenal have been without Francis Coquelin and Alexis Sanchez in the last few weeks. The duo joined Jack Wilshere and Danny Welbeck among others on the sidelines. Wilshere, who had been touted to have his breakthrough season with the Gunners this term, is still recovering from a leg fracture in the pre-season and is not expected to return before February.

Arsenal have been heavily linked to Egyptian midfielder Mohamed Elneny who plies his trade at Basel. The speculations from British press suggest the highly-rated midfielder will make his way to London sometime next month and Arsene Wenger neither accepted nor denied the transfer rumours.

The Gunners boss also expects Sanchez to be fit before Arsenal’s FA Cup match against Sunderland. Arsene Wenger also admitted he might be forced to sell one of his surplus defenders, pointing out departure of Mathieu Debuchy ‘is not impossible’.

Arsenal are expected to be busy in the transfer market, but only time will tell whether they would be able to achieve their targets.