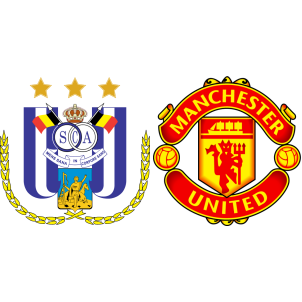 Manchester United had finished runners-up in Group A behind Fenerbahce and ahead of Feyenoord and Zorya. They defeated AS Saint-Etienne and FC Rostov in the first two knock-out rounds to set up a meeting with the Belgian club.

Anderlecht also finished runners-up in the group stage (in Group C) and had to see off Zenit St. Petersburg and APOEL in the knock-outs.

Andy Najar will face a late fitness test for the hosts but Manchester United will be without the injured Ashley Young, Chris Smalling, Phil Jones and Juan Mata. Wayne Rooney is also unavailable although he has returned to training.

“There is no reason not to try – we have to try. We still have two open doors and my feeling is that we are really going to fight in both competitions. We are going to give everything, domestically and in Europe, to reach the Champions League.”

According to Anderlecht vs Manchester United H2H Stats, the last two meetings between these two clubs resulted in one win for either side. It came back in the 2000/01 UEFA Champions League when Manchester United defeated the Belgian club 5-1 in the first leg followed by a 2-1 loss away from home.