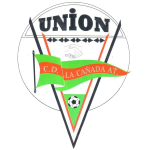 La Cañada Atlético U19 have played a total of 5 matches in Spain Liga Nacional Juvenil: Group 13. Their current statistics is 3 win, 1 draw and 1 lose.

La Cañada Atlético U19 did not lose their last four matches in the competition.

The overall results is shown by default. You can also analyze La Cañada Atlético U19 results for their home or away matches in Liga Nacional Juvenil: Group 13 2020/2021.

The graph shows the performance and results of La Cañada Atlético U19 in Liga Nacional Juvenil: Group 13.

La Cañada Atlético U19 are in the 2nd position of Liga Nacional Juvenil: Group 13 and they are in contention for Promotion Group.